The iPhone 6 generation may be more than five years old, but it hasn’t stopped being a great device. And with the release of the iPhone 11, you can expect the iPhone 6 to dive into further affordability, used or new.

Released in September 2014, these phones were Apple’s response to repeated calls for larger screens, which at the time were only available on Android phones. The iPhone 6 came with a 4.7” retina display (5.5” on the 6 Plus), which was a big jump over the 4” screen on the iPhone 5S. In the first 3 months, Apple sold 74 million devices, more than 40% more than the iPhone 5S! 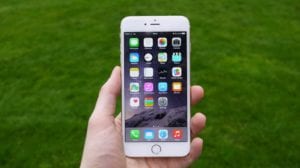 The iPhone 6, the smaller of the two phones, is the one that works best. Apple has gone back to rounded edges this time around, moving away from the dead straight sides of the previous four handsets (the edges of the glass on the front are slightly curved, too), and this works to create an impression that the phone is smaller than it is. It’s comfortable to hold, doesn’t feel too slippery in your hand – an accusation I could level at the iPhone 5 and iPhone 5s – and the 4.7in screen size feels just right. 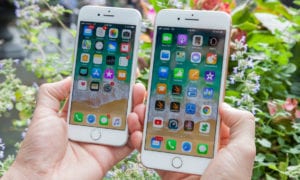 The sleek industrial design is accompanied by a swathe of upgrades to the hardware inside, but it’s the screen that makes the most significant impact. The camera is one feature that smartphone manufacturers have kept improving over the years. That being said, the iPhone 6 camera’s specs are nothing to scoff at. An 8-megapixel iSight back camera that delivers sharper images and better low-light performance than the camera on the iPhone 5S. When it comes to video, the iPhone 6 offers 240 frame-per-second (FPS) super Slo-mo shooting at 720 pixels. That’s double the FPS on the iPhone 5S!

iPhone 6 is Still a Great Device

If screen size and price matter to you, the 6 is probably the best phone for you. You can’t get that 4.7” screen for less. You also won’t be giving up much in the way of speed, unless you’re planning on doing some pretty heavy-duty gaming on the device.

So what are you waiting for?

Contributed by: CellResell.ca, the foremost experts in cellular mobile phones and accessories

How to Reduce Your Phone’s Impact on the Planet

What Does The Device Condition Mean

What You Must Know About Cell Phones

Don’t Worry About Your Cell Phone Any Longer – Read This

Getting A Grip On Technology: A Guide To Cell Phones

We will be happy to hear your thoughts

Our Product Specialists are Available to Assist You

Got Questions ? Contact Us
Recent reviews
FAQs
What is included with the purchase of this phone?

Each phone comes with a third-party charger cable and block. Other accessories, like Earpods and screen protectors are sold separately. You can add these onto your order at checkout.

Will this phone work with my phone carrier?

All phones listed as Unlocked will work on all major wireless carriers. We guarantee each phone will work with the carrier listed.

How long will it take for my phone to arrive?

We ship your phone on the next business day. Shipping time it usually takes 2-5 business days to arrive.

How much does the shipping cost?

FREE Regular Expedited shipping is included with each phone order.

What does the device condition mean?

The conditions Good, Very Good, and Like New only refer to the cosmetic condition of each phone. Every phone in our inventory will function like new, guaranteed.

At CellResell.ca we realize that not everyone needs or can afford a brand new mobile phone as the prices for a Brand new phone that can easily be $700-$1500+.

CellResell is a Canadian owned and opperated company dedicated to bringing you the best pre-owned popular model cell phones in near new condition at substantial savings on cell phones that you can afford.

In Dilworth Plaza On side of TD Bank.

Be the first to hear about Flash Sales and Discounts on Phones.